6 Reasons Not to Trade During the First 30 Minutes

The first 30 minutes is the most volatile time in the equities market. As a new or even seasoned trader, you will gravitate to the first 30-minute slot like a moth to a flame. It really comes down to the level of action present in the market early in the day, which keeps us all mesmerized.

In this article, we will cover 6 reasons you should avoid trading during the first 30-minutes in order to increase your odds of long-term success.

Whenever you see a violent morning gap in the market, it’s really anyone’s call if the stock will go up or down during the first few 5-minute bars. The stock is likely reacting to some overnight news which, is fueling activity from retail investors and institutions.

To this point, your risk exposure in the morning is high as a stock has already risen or dropped 15% or 20%.  To illustrate this point, let’s take a look at a few charts. 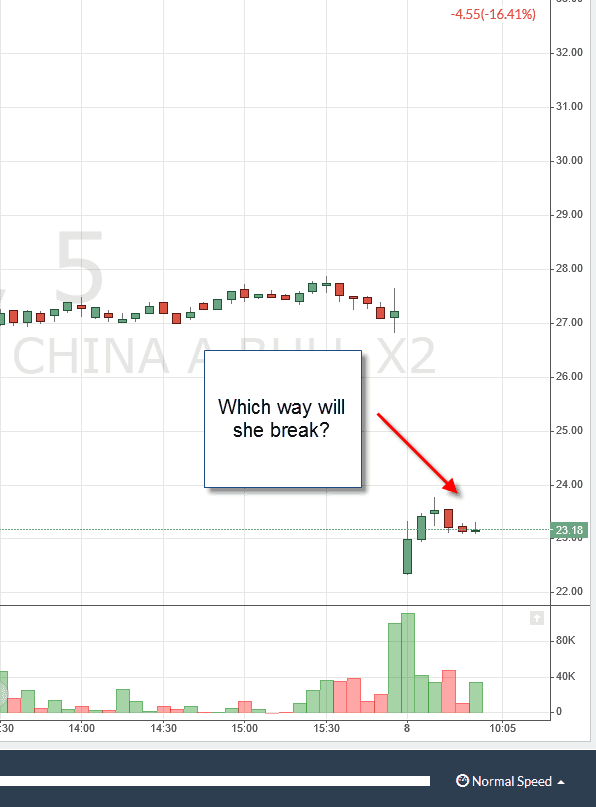 Do you honestly have any idea which direction the stock will take?  Without scrolling lower, make a call of higher or lower.  Remember at this point, the stock is already down 16% on the day. 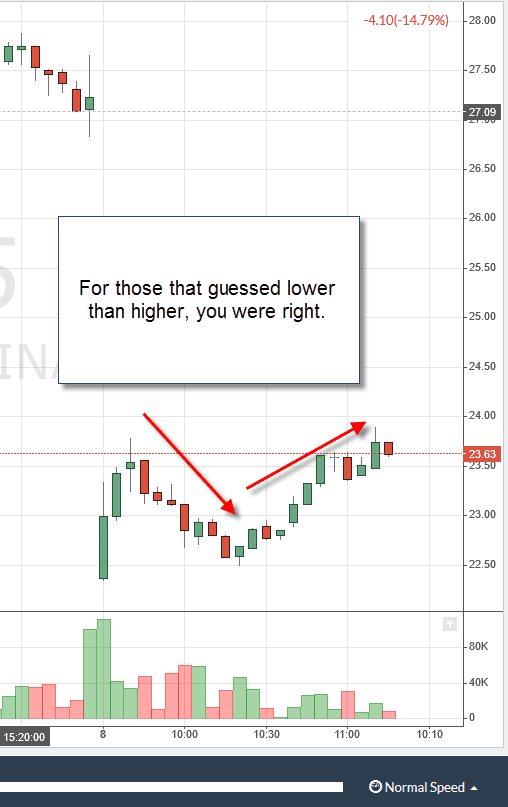 How many of you guessed correctly?

Let’s take a look at another example from the same trading day. 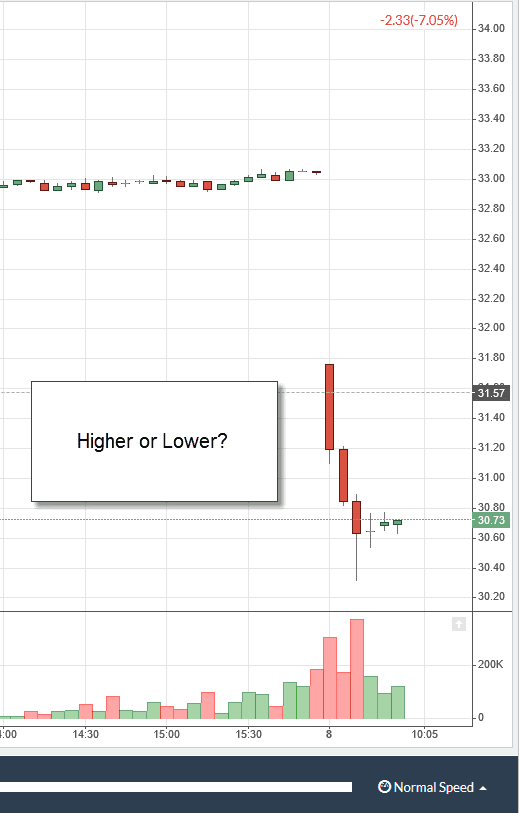 Resist the urge to scroll lower on the page; take your best guess. 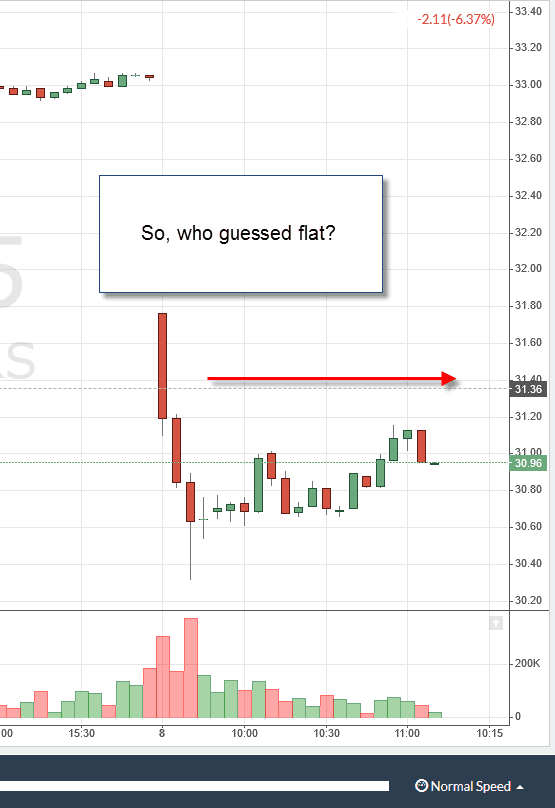 Who guessed the stock would go into a consolidation phase?

Imagine playing this high-stakes game every single day in the market.   You are going to drive yourself crazy trying to anticipate which stock will continue in the direction of the primary trend or reverse sharply.  To put it bluntly, it’s not worth trying to figure this out and the risk is too great as your stops will likely be tripped.

Attempting to jump in front of or on the same train as a violent morning gap is like taking a cake out of the oven before it’s fully baked.

The point of allowing the first 30 minutes to play out, is for a formation to take shape in order to determine if the bulls or bears will come out on top.  Jumping into a morning gap before this process is able to fully develop, is no better than flipping a coin. 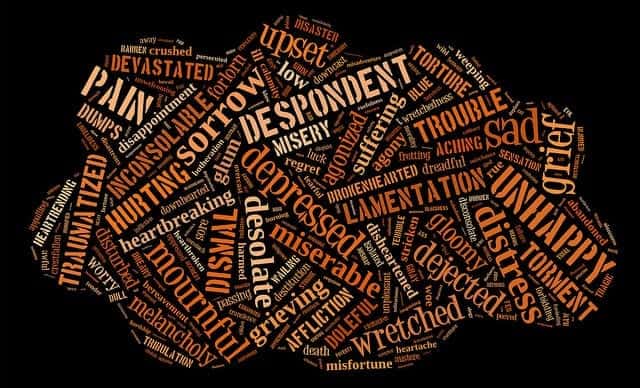 I love passionate people, who really get worked up about what they are doing.   To see an athlete let out a tremendous roar as they score the game-winning goal, gets everyone in the stands and fans watching from home pumped up.

But, similar to candidates running for President, traders need to be a little flat when it comes to their emotions.  In the first 30 minutes, the market will present some pretty wild scenarios and more than any other time of day, you can easily get pulled into the action.

Once you are pulled into a trade and your emotions begin to take over, the money will leave you faster than you can blink.

Brett Steenbarger, Ph.D., has done some extensive research into trading psychology and emotions.  Check out this cool article titled “Trading Emotionally with Intelligence.”

Just to be clear, if you are an emotional person and more importantly and emotional trader – avoid the first 30 minutes.

The 10am reversal is one of the most vicious times in the trading day.  For those that have been day trading the markets for a number of years, you will notice that at 10am things start to get interesting.

So, why does the market often course correct at 10am?  It really comes down to the number of participants.  For starters, it’s the first time that the 1-minute, 5-minute, 15-minute and 30-minute traders all have a candle print on the chart.  The reason I have not accounted for the 60-minute time frame, is because these traders are often focused on swing trading and are not what I would consider day traders.

The other reason for the 10am reversal is that most of the traders that were either up or down significantly from an overnight move have been able to close out of their position.  This accounts for all of the traders that are exiting trades due to sizable gains on a morning gap, to those that were liquidated due to margin calls.

Still not a believer that the market shifts right at 10am?  Well have a look at the QQQ over a two-week period. 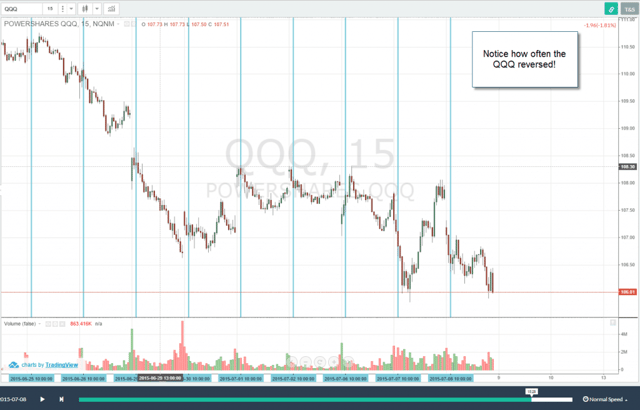 Now, this will not always play out to an exact science; however, 10am is a time slot where your antenna needs to perk up.  In the above example of the QQQs, each blue line is at 10am and you can see how quickly the market reverses course from the primary trend.  As a day trader, the last thing you want is to establish a position, only to have the market turn against you.

Once the position goes against you, the volatility in the market dries up after the first hour, so the odds of the market again reversing and going in your desired direction are slim to none.

During ’08 – ’09 I was actively trading the gold market.  Some of my favorites were Royal Gold (RGLD) and Barrick Gold (ABX).  Like clockwork, I would take a position only to have the entire gold market shift at 10am.  I remember fighting the gold market for 3 to 4 weeks, where I would establish a position prior to 10am and then end up giving back all or the majority of my gains on the trade.

It was the most frustrating experience, because during the ’08 – ’09 period, the gold market was extremely volatile as the equities markets were getting slammed due to the mortgage crisis.

I ended up focusing on other sectors because the gold market kept taking me out to the woodshed.  Have you experienced similar trading challenges with a given sector?

I am not some chart purist running around with a thick binder of formations; however, I do need to have some idea of the struggle between the bulls and bears.  For example, I would like to see if the stock is making higher highs and lower lows.

One could argue that you can find patterns within the first half an hour if you look at shorter time frames (i.e. 1-minute or tick charts).  While this is true, I give more credence to formations when there is a critical mass of market participants.  For me, tick charts and 1-minute charts don’t pack enough punch to make entry decisions on a trade.

Let’s take a look at a few stocks on a 5-minute chart and try to speculate the next move of the stock.

Unlike the previous section where we covered violent gaps, I’m not going to show you how these stocks ended up on the day.  You can see visually that on a 5-minute chart, you have no way of knowing which way a stock will break with any degree of certainty based on one or two bars.

Think of it this way, you need to have just enough data to make a decision, but not so much data that you miss the trade.

To combat the need to jump in front of the trade, I started to institute rules, which required a stock to make a new high or low prior to me entering the trade.  This naturally resulted in patterns that I could trade versus trading the first one or two candlesticks.

It took me years of day trading before I was able to effectively trade within the first 30 minutes.

Just to be clear, I still do not open a new position until 9:50am.

Whenever I placed trades early in the am, let’s say 9:35 or 9:40, things would go against me for all of the reasons aforementioned in this article.

If you are a trader, odds are you believe in writing your own ticket and I fully understand that mindset.  You also think in terms of probabilities, because we make our living based on controlling our risk and reward on each and every trade.

If 90% of traders fail at day trading within the first year, then I think we can agree on the fact day trading is difficult.  Now compound this number with the fact you are trading during the most volatile time of the day, and the odds of success become even fainter.

Like anything else in life, you have to first learn to crawl before you can walk. 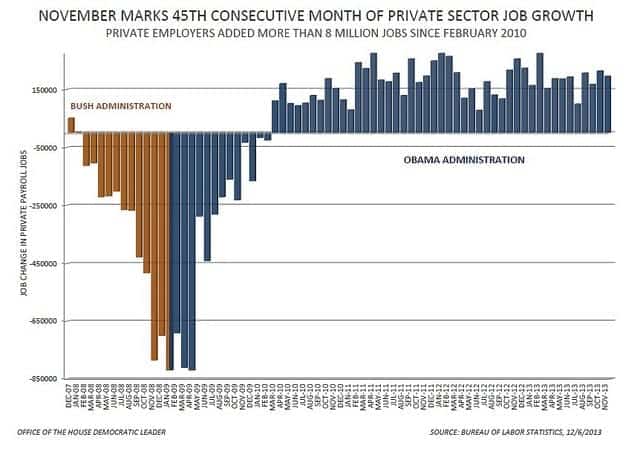 As the reports are released at 10am, each one has the ability to move the market.  To illustrate an example of this, in June 2013, the ISM (Institute for Supply Management) report was released twice within a 3-hour time frame, which resulted in a volatile day in the stock market as traders reacted to different numbers quantifying the health of the American manufacturing sector.

As a new trader, you will want to avoid being trapped in large market moves related to global or national news events which could impact your trade.  It’s tough enough just trying to evaluate the setup, let alone understanding external factors outside of your control.

If you start to think about the market in terms of difficulty, the first 30 minutes is the black diamond of skiing.  If the end game for you is profits, then why take the hardest path to get to the bottom of the slope?  All that matters is you get there without running into a tree.