5 Things to Know about the Nifty 50 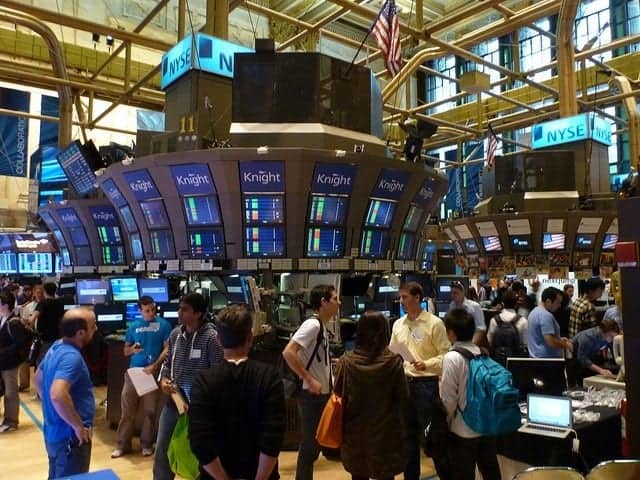 In the 1960’s and 70’s, when the U.S. stock markets were still at the nascent stages, an index of 50 large cap stocks was created from the stocks trading on the New York Stock Exchange (NYSE). This group of 50 stocks was called the Nifty 50.

There was no official list of the Nifty 50 stocks, and the basket of stocks eventually fell apart in the bear market that followed in the years after 1970’s.

The stocks, besides being large cap were also some of the most popular names of the time. They were also highly recommended by institutional investors for a long term buy and hold. Some of the companies that were listed on the Nifty 50 included household names such as Walt Disney, Coca-Cola and Dow Chemicals to name a few.

One of the main differentiating factors with the Nifty 50 was that almost all of the stocks listed on the index had consistent earnings potential and came with a high Price/Earnings (PE) ratio. It is said that another reason for the number “50” in the NIFTY 50 index was due to the fact that all the fifty stocks listed had a P/E ratio of 50 or more.

As a comparison, at the time, the S&P500 index was trading at 19 times the earnings, compared to the Nifty 50 stocks which were at least two or three times more than the S&P500’s earnings. The high valuations were no doubt a magnet drawing investors.

This in turn became a self-fulfilling prophecy as new investors continued to buy the stocks, even at the highs and pushed the prices higher. Clearly, there was a bubble forming in the Nifty 50 basket of stocks that was clearly overlooked.

Investors viewed the Nifty 50 as a “one decision” pick as they had the lure of being a bunch of stocks ideal for “buy and hold.”

The NYSE Nifty 50 stocks were considered to be the main drivers in the U.S. equity markets at the time. They are also directly attributed to propelling the bull markets in the early 1970’s.

When one talks about Nifty 50, it is easy to get confused. This is because besides the Nifty 50 on the NYSE, there is also another index with the same name. Known as the NSE Nifty 50, this index belongs to the Indian stock markets.

The National Stock Exchange (NSE) Nifty 50 also has a similar make up in the index. It comprises of top blue chip stocks spread across 12 sectors. The Nifty 50 is often used by Indian stock traders as a benchmark portfolio, similar to how the S&P500 is used in the U.S. equity markets.

There are also other names including the Nifty Next 50, Nifty 200 index and so on. Therefore, when referring to the Nifty 50 index, it is best to use the terminology, NYSE Nifty 50 or the NSE Nifty 50 to differentiate between the two.

Below are some of the stocks that are listed in the Nifty 50 NYSE index. Interestingly though, there was no “publicly available” list of the Nifty 50 index, as compared to the Dow Jones 30 index for example.

Still, many investors at the time considered these following stocks to be in the Nifty 50 index. Some of the companies have gone bankrupt since the time.

Why was the Nifty 50 so popular?

During the stock market boom cycle in the 1970’s, investors wanted to have a pick of an index that could give them the best market returns. The Nifty 50 was formed on such basis and as noted earlier, the stocks needed to have high price/earnings.

However, in hindsight, we now know that one of the basic fundamentals of investing is that “a great company is not always a great stock.”

It still remains to this day that one of the main factors that drew investors to the Nifty 50 index was the fact that it was attractive at the time to be enamored with growth stocks. This led to the stocks of the Nifty 50 companies being much sought after, thus pushing their prices far off from their real intrinsic value.

Still, the companies were known for their strong growth potential as well as their dividend performances.

There have been various studies and research conducted on the Nifty 50 stock. At the time a basket of 50 stocks was identified by the Morgan Guaranty Trust and the Kidder Peabody. However, these two lists comprised of different stocks. The most famous and widely attributed study is from Jeremy Siegel from the University of Pennsylvania.

The Morgan Guaranty Trust published its list of the Nifty 50 stocks in the Forbes magazine. The Kidder Peabody also published their list of “Nifty 50” and updated the list on a periodic basis. The criterion to be on the list was of course, high growth and earnings potential.

Subsequent studies revealed that when comparing the two lists of the Nifty 50 stocks, only 24 actually had the potential, making it both the lists. Interestingly though, these 24 stocks, known as the Terrific 24 continued to underperform in the market for a period of 26 years.

Siegel, through his research showed that buying and holding the Nifty 50 stocks would have given a better market performance. According to his study, the Nifty 50 stocks had a 12.2% annual gain over a 26 year period. This was just below the 12.7% return from the S&P500 during the period.

The Nifty 50 eventually lost interest among investors after it was clear that bubble would burst. This happened in the years after 1970’s. As oil prices began to rise and the Yom Kippur war, the U.S. economy was clearly heading into a recession.

To make matters worse, it was around the same time that U.S. politics got entrenched in the “Watergate” scandal. While it is unclear for how long the Nifty 50 index of stocks managed to hold out, the price of the individual stocks soon started to fall.

For example, shares of Coca-Cola company which peaked in early 1973 began to fall over 66% in a period of the following 22 months. It was a similar story among other notable stocks such as Johnson & Johnson as well as Walt Disney.

What lessons can be learned from the Nifty 50 stocks?

The main point was that investing in the Nifty 50 stocks comprised of high growth potential would have meant that investors would buy and hold over long periods of time. This also meant, taking advantage of the dividends that are paid out from these stocks.

Therefore, investing in the Nifty 50 was open to each investor, with no strict criteria in terms weighting of the stocks or for that matter, even portfolio or asset allocation in the basket of stocks that were “assumed” to be in the Nifty 50 index list.

The Nifty 50 also highlighted the fact that regardless of how good a company is, there is always a risk that the company could go bust. In other words, investors should not only rely on valuations of a company, although it could help in the short term.

The Eastman Kodak Corporation is another such example. The company was once considered to be a top blue-chip company with high earnings potential and the name “Kodak” being a household name when it came to cameras.

With the advent of digital photography, the once highly viewed stock eventually became nothing.

Of course, besides these few failures, the Nifty 50 list of stocks did have some big names. Companies such as Coca-Cola, Walt Disney, Procter & Gamble are still some of the big large cap stocks and ones that are very popular among investors, decades later.

The above chart illustrates the stock price for the Coca-cola company since the 1970’s when it was part of the NYSE Nifty 50 index. You can see how the index has a composition of companies that continued to become a success story while there were also companies that eventually went bankrupt.

Coca-Cola, among a few other companies made to the list of the Terrific-24 which managed to outperform or was able to match the other benchmark market indexes such as the Dow or the S&P500.

The stocks in the Nifty 50 index also played a major role in the subsequent returns that they offered. In the bull market period, the Nifty 50 stocks continued to trade with high price earnings ratios. Some of the stocks were 50 or 60 times their earnings.

It should be mentioned that during the period in the 70’s growth rate among publicly traded stocks were quite higher compared to the current earnings. The Nifty 50 index showed at one point that holding stocks with high potential will eventually deliver big returns provided they are held for a long period of time.

The returns could of course be magnified even further, if investors continued adding most of the Nifty 50 stocks to their portfolio, especially during times when the valuations of the companies dropped.

For the most part, the stronger performing stocks outnumbered the big losers in the index.

In conclusion, the Nifty 50 index might not be in use today, but it does give some very good investing lessons. For investors who are just starting out, it pays to take some time to understand the history and the story behind the Nifty 50 index, especially when it comes to factors such as risk, growth and timing of the stocks.