How to Invest in Coal Stocks

Coal is a type of fossil fuel which is formed after layer of plant matter and tightly compressed such that they turn into rock deposits over millions of years, with temperature baking the fossils into the type of solid rock that we call as coal. Looking back, coal is without a doubt one of the most important solid energy that played a role during the industrial revolution and is still used as a form of power generation in the world.

Coal is mined underground or through open pits and most of the coal deposits in the U.S. are found in the East and mid-West. Across the world, coal deposits are concentrated in and around China and Russia which boasts of some vast coal reserves.

Coal is used in a variety of ways including turning coal into a liquid fuel and steel production. New technologies have emerged to ensure that production and consumption of coal is more energy efficient and also easier on the climate. Clean coal technologies have emerged in recent times such as high efficiency, low emission (HELE) technologies which are helping to increase the amount of energy produced from a coal plant. India and China are expected to surge ahead by building new coal plans.

According to the U.S. Energy Information Administration (EIA), coal ranks the second largest energy source worldwide, only next to petroleum and estimates that this will be the case for at least up to 2030. The EIA also estimates that world’s consumption of coal has been rising at an average pace of 0.6% every year since 2012. 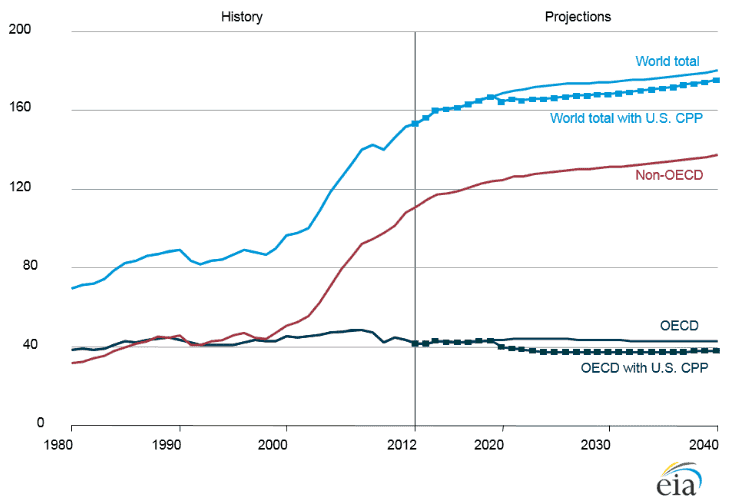 The biggest coal producers are China, U.S., India, Australia and South Africa. It is estimated that that only 18% of the coal produced is destined for international markets as much of the coal is usually consumed in the nation where it is mined.

Different ways to invest in Coal

Although the long term prospects of the coal industry remains doubtful, the medium term outlook points to a period of growth. The biggest catalyst for the coal industry came from the new U.S. President Trump who promised to relax restrictions on all fossil-fuel production (coal included). This view gains strength with the appointment of officials who have openly embraced coal production.

Coal only accounts for 30% of the U.S. energy demand, so coal as an energy source will not be a dominant industry as it once was, but at the same time, the new U.S. administration could be breathing fresh life into the industry. The near term outlook for coal is supportive of coal stocks as investors expect regulations to be eased with many viewing Trump as being friendly towards coal, as compared to the previous Obama administration which was working towards cutting fossil fuel emissions.

Investors can look at investing in coal via picking stocks directly or to invest in an ETF which tracks the stocks exposed to coal. However, given the uncertainty surrounding regulation and policies, investors could be taking a gamble as the risks of not following through on the promises on easing regulation in the energy sector could expose coal stocks to the downside.

Most of the coal stocks have been underperformers and some of them have managed to bounce back in the last year or two gaining traction since the presidential election campaigns.

Some of the individual coal stocks worth considering as an investment include:

Consol Energy (CNX): Consol Energy is a coal stock name that often comes up when discussing the topic. The stock gained prominence last year in late 2015 through early 2016 when David Einhorn, the hedge fund manager for Greenlight Capital called Consol Energy his best idea. The stock was trading around $8.00 a share back then and more than doubled, hitting a one-year high at $21.30 in December 2016.

Einhorn made a bullish case for Consol Energy which could still hold true even now. Factors include an excellent management team which according to Einhorn foresaw coal’s decline and diversified into natural gas by selling the higher cost coal mines at a significant price and reinvesting into the natural gas sector. For a coal stock, Consol Energy is definitely not a pure coal play but the diversified portfolio means that Consol Energy could fare better if bad news hit the coal industry.

Consol Energy has been in a downtrend since 2008 and the most recent bump to $20.00 was met with resistance on a multi-year falling trend line and the horizontal resistance zone of $26.50 – $20.80 making this stock a questionable buy at the current levels.

The rally from this base to the current $18.00 handle has definitely garnered some interest in the stock. The company is expecting a release of nearly half of $22 million in restricted cash that was put in place in September last year as collateral for ROVA power contracts. The increase in energy prices are expected to lower the collateral requirements.

The technical chart shows price currently near the 38.2% Fibonacci retracement level which is currently serving as a resistance, which could mean that WLB could be a better buy on a dip.

Besides the above two stocks, here are a list of coal companies that are worth investigating.

For investors looking to invest in an Exchange Traded Fund, the choices are limited with only the MarketVectors Coal ETF (KOL) being the only option. KOL has an expense ratio of 0.59% and has $101.4 million assets under management. There have been other Coal tracking ETF’s in the past such as Powershares Global Coal ETF (PKOL) but the fund closed in 2013, leaving investors not much of choice.

The next best alternative is to look at the energy ETF’s which also includes Crude oil and natural gas as well.

Last but not the least, investors can also look at short term plays in coal via Coal futures. Below is a list of various coal futures that are offered by the CME group. Note that the volumes are as high as compared to other energy related commodity futures contracts.

Future of Coal stocks – the Risks

There is no doubt that coal stocks will come under pressure as the world edges closer towards limiting carbon emissions. However, it is still a grey area as demand for coal is expected to remain steady at least until 2040.

One of the biggest threats to the coal stocks industry is of course climate change.

Energy companies are said to come under pressure due to the COP21 agreement. According to a research note by analysts at Morgan Stanley, the COP21 is called another challenge for oil and gas companies including coal. Most energy companies brushed aside concerns on the COP21 deal but it is increasingly clear that among the fossil fuels, coal ranks on the top when it comes to releasing harmful emissions. It is estimated that coal alone accounts for over 90% of all emissions from combustion in China, U.S., the EU and India.

Coal analysts have been watchful with some going as far as saying that the coal industry is already on its knees as it comes under pressure from climate change agreements and cheaper fuel alternatives. This is evidenced from the fact that some nations have even announced a complete phasing out of coal production plants that fail to use new technologies to cut emissions.

The U.K. is one such example where the government in late 2015 announced plans to limit the usage and shut all unabated coal fired power stations by 2025. Such types of power plants do not have the facility to capture the carbon emissions. Coal accounts for 28% of the U.K.’s electricity production.

The coal industry also comes under pressure from within as the fight for market share finds coal prices competing with other fossil fuels and renewable energy resources.

The coal industry closely tracks the prices of crude oil and often brings a mixed picture. Cheaper oil prices leads to curbs in production which tends to bring down the transportation costs for almost all fuels. This can have a positive impact on coal production stocks and affect coal prices to a certain extent.

On the other hand, rising oil prices leads to higher production costs for the coal industry as well thus pushing prices higher.

The above chart shows a certain level of positive correlation between crude oil prices and the MarketVectors Coal ETF (KOL) which replicates the price and yield return performance of the Stowe Coal Index.

Industry regulation is another factor that coal investors need to look at on priority. The coal industry is currently upbeat, largely thanks to the new U.S. administration which has promised less regulation. In fact the U.S. President Trump went as far as to call climate change a “hoax” while terming coal as “clean.” Among the promises made, the president is expected to reverse the environmental regulations put in place by the previous administration, which many see as a direct reason that drove companies such as Alpha Natural Resources, Peabody Energy to bankruptcy.

The Dow Jones U.S. Coal index chart below shows the steady decline over the years, although there are signs of life after price started to push modestly higher since forming a bottom at less than $20.00 in late 2016.

Despite the world moving towards cleaner energy and weaning off fossil fuels, coal remains an integral part of the global energy consumption. But the downsides cannot be ignored. The EIA estimates that coal alone account for over 31% of all CO2 that is emitted.

It is estimated that as much as 40% of the world’s energy production needs are met by coal as the fuel source. While the developed economies have cut back on coal consumption, emerging and developing markets are driving consumption. China of course is at the forefront of coal consumption as it is a cheaper form of fuel and coal is said to power over 70% of the nation’s electricity grid by some estimates.

While coal might seem like a risky bet, investors who still prefer to have some exposure to coal as part of their energy portfolio should focus on the clean coal which his much likely to withstand in the long term. With countries such as the U.K. and even Canada banning new projects without carbon capture and storage facilities, clean coal companies are better suited to weather the downturns, be it regulation or even climate change.