Euro FX: 7 Things You Must Know Before Trading 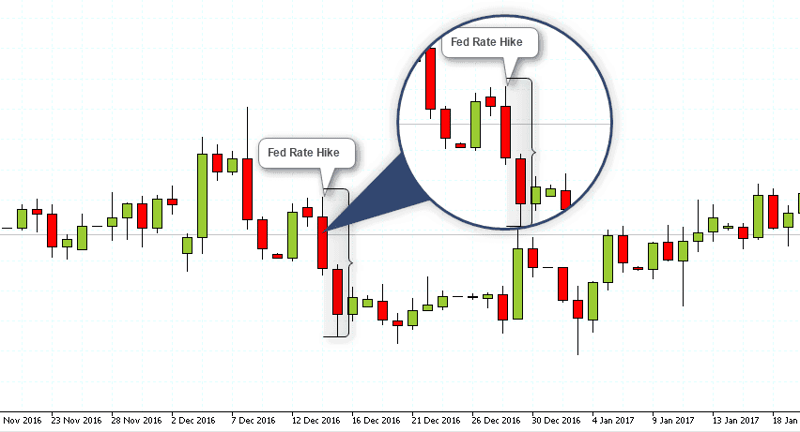 Euro FX futures are part of the currency futures category, tracking the underlying asset which is the euro, or EURUSD. Priced in U.S. dollars, day traders in the futures markets are able to trade the euro futures tracking the underlying spot EURUSD prices in a regulated and standardized way. Currency futures are cash settled or can be settled physically.

When you trade the euro fx currency futures, you are buying or selling the euro currency futures contract which is a binding agreement between the counterparties. The global forex market is one of the largest markets in the world, accounting for over $4 trillion in daily turnover, according to data from the Bank for International Settlements. Currency futures are primarily offered on the CME exchange and dates back to the breakdown of the 1972 Bretton Woods agreement that resulted in free floating exchange rates. Other exchanges that offer the euro fx futures include the Eurex.

Trading the Euro FX futures has its own distinctive advantages, although it is a lot easier to trade the spot markets directly. Still, depending on your location and regulatory oversight, trading the currency futures offers a better alternative to trading the currency markets than compared to the spot FX markets. The euro is a relatively newcomer to the forex markets, having been in existence since 1999. However, despite being late to the currency markets, the single currency as it is commonly called has become one of the most widely traded currencies and is said to have exceeded the U.S. dollar in terms of circulation.

Before you start trading the Euro FX futures, here are 7 things you must know.

The euro fx futures prices tracks the underlying spot EURUSD price. The spot fx market pricing is the price at which the interbank markets offer to buy and sell. The futures contracts are marked to market on a daily basis; however the main difference is that the euro fx contracts (and currency futures contracts in general) do not carry overnight swaps or rollover fees which is common in the spot fx markets.

However, in the currency futures, closer to the contract’s expiry date, the pricing is automatically adjusted to account for this interest rate differential or IRD. While traders can be mistaken to assume that trading the futures currency markets are cheaper especially in terms of the overnight swaps, the fact is that the IRD is priced into the futures pricing.

The chart below shows the U.S. dollar index on the top with the euro fx futures chart at the bottom which shows the strong inverse correlation between these two assets.

The inverse correlation between these two can be a great way for day traders to look for validation from another asset (currency) which can be of a big benefit especially when looking at the technical aspects of trading the euro fx contracts.

The euro currency is shared by 19 nations from the 28 nation European Union. As such the regional macroeconomics play a crucial role on the day to day basis which affects the volatility of the euro, also known as the single currency. However, you do not need to track the economic performance of all the 19 nations. From these, Germany, France and Italy are the three biggest economies in the eurozone from which Germany’s economic performance has a direct influence on the single currency, which is also considered to the power horse of the 19-nation currency bloc.

The eurozone is no newcomer to the regional crises that tends to engulf the region into financial chaos at regular intervals. Readers would be aware of the various crises in the EU such as the Cyprus bank bailout, Greece’s sovereign debt crisis as well as the recent surge in anti-EU that has given rise to populist parties who vehemently oppose the idea of the single currency.

The euro is also a firm favorite as a currency that is most likely to fail in what many consider it to be a large scale monetary and economic policy. While the winter months are usually quiet, the eurozone has an affinity to crises during the summer months, something which traders need to bear in mind.

Besides the above factors, following the European Central Bank’s policies is also important. Currently, the central bank is in an easing mode for monetary policy, running its quantitative easing program in an effort to pull the economy out of years of slow growth and weak inflation. The European Central Bank is the sole monetary authority with the 19-regional national central banks acting merely as a branch of the ECB. Therefore, monetary policies from the ECB often affect the economies of all the 19-nations that share the single currency.

In the commodity markets, seasonality is often defined by the cycles of production and consumption. For example, a crop that typically takes 3 – 6 months of sowing followed by harvesting will usually see prices fall on expected increase in supply and vice versa. The currency markets also tend to follow a seasonal pattern and the euro fx futures also tend to do so.

The euro currency tends to exhibit strong momentum during the winter months, with prices typically rising from December into January. A local low is typically formed during the Feb-March period following which prices again tend to strongly rally into the start of summer. Around June-July, the euro then starts to enter a bearish cycle with prices showing a bottom by October-November.

The above chart shows a 10 and 5-year composite overview of the seasonality in the euro fx futures. This seasonality can be used by day traders to ascertain the trends based on the month that they are trading and position themselves accordingly.

One of the biggest advantages of trading the currency futures over their OTC counter-parts is the fact that because futures contracts are regulated and standardized, it allows the average retail day trader to make use of certain information. The Commitment of Traders report, which is widely used in the commodity futures markets, also holds power on the currency futures markets. Following the week to week CoT report and tracking the institutional trader’s positioning can be of great benefit.

One of the simplest ways to take advantage of this information is to look for peaks and bottoms in the institutional positioning in the CoT report. Every now and then, the smart money tends to be overcrowded to one side of the market; Net long or net short. By using a relative comparison (typically a 5-year period) a crowded net long or net short position in the market will often result in prices snapping to the opposite direction.

The above chart shows the euro fx futures continuous contract prices on the top and the Institutional Investors positions at the bottom. You can see how prices tend to move inversely every time the smart money heads to record net long or net short positions. This information, combined with other factors such as technical and fundamental analysis can yield good short term profits.

Copper futures are one of the few financial derivatives that track an underlying asset that actually has practical use in the real world. Copper or high grade copper (HG) is widely used in water...

Lean hog futures are one of the cattle futures contracts available for trading from the CME Group futures exchange. Lean hog futures make for a critical hedging instrument especially for market...