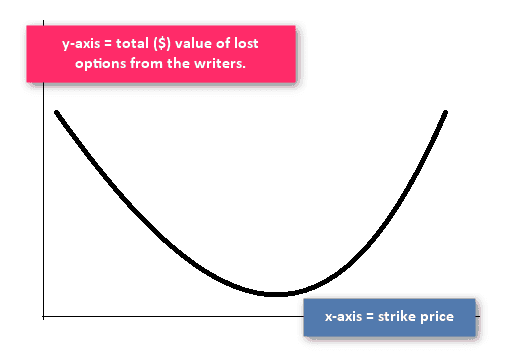 In the world of finance and investing, theories are often one of the most widely debated topics. Among a number of such theories, the concept or the theory of Option Pain, also known as Max Pain or Max option pain is well discussed and debated.

In fact, the Max Pain theory is one of the most controversial of theories as it has a large number of supports as well as opponents. While there has been no conclusive evidence, the fact that the debate continues to rage on is indicative of the popularity of the Max pain theory and shows that the debate is unlikely to die out anytime soon.

One of the reasons for the Max pain theory or the Option Pain theory is so fiercely debated is the fact that while the theory exists, there are some improvisations or customizations that could be made, based on the investor’s risk appetite; this variable brings about even more arguments to the table.

What is the Max Pain or Option Pain Theory? 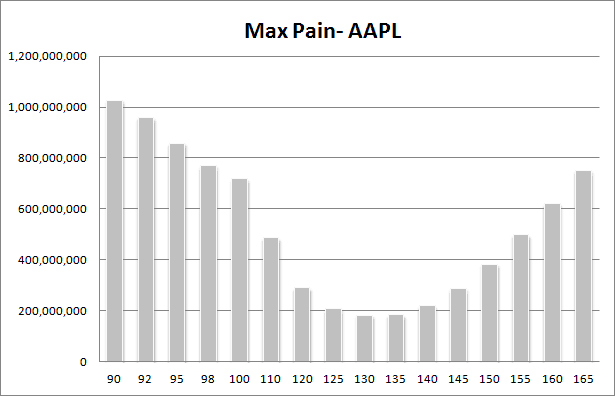 The concept of option pain or max pain is applicable to the options market and the theory dates back to 2004. The theory is still relatively young as a matter of fact and interestingly there are not many academic or scholarly papers written about this theory.

The absence of the max pain theory among the academic circles is often used as one of the big reasons for opponents to this theory who dismiss its merits.

So what is the Max pain or the max option pain theory all about?

In layman terms, Max option pain theory states that “90% of all the options that are bought and held to expiration will expire worthless.”

Based on the above statement, it is often assumed that the option writers or the sellers as a result tend to end up making more than the buyers, frequently and consistently. The rather simple statement is interestingly the reason behind the debate and more importantly with no conclusive evidence supporting for or against the statement.

To best understand the Max option pain theory, let’s first assume a few simple observations from the above mentioned statement.

Therefore if that single price point or level can be identified then we can assume that it is the price at which the options will expire.

The option pain theory is also sometimes referred to as a proxy for the stock price manipulation targeted by the option sellers, despite the fact that there isn’t much information to prove this claim.

How to calculate the Max pain?

The resulting price or level where the option writers lose the least amount of money is the point at which the option buyers will experience the maximum amount of pain. Therefore, we can conclude that the price level that is identified is where the prices will most likely expire.

As you can see above, the procedure is very simple. The best way to understand the above is illustrate it with an example.

To make it simple, let’s look at the following example for Apple Inc. options.

The above table lists the strike price, the call option and put option open interest for each of the three strike prices.

We have three scenarios here based on the above example.

Assuming that the market expires at 135

Assuming that the market expires at 140

In this second example, note that the Call option writers at 145 and 140 do not lose money.

Assuming that the market expires at 145

The call option writers at 145 will retain their premiums.

Because the market expires at 145, all the put option writers also retain the premiums.

So far, we calculated the total loss at each of the three expiration prices.

Having identified the loss for the option writers (call and put) at the three levels, we can now determine the price level at which the market will most likely expire. As the option pain theory suggests that the market will expire at a price point where there is least amount of pain for the option sellers, we can assume that this happens to be $380,015.00, or the strike price of $140.00

The above example makes use of just three strike prices, but the same procedure can be applied which can of course become tedious and confusing at times.

The above example shows the most likely strike price where the options will expire for the April 21 option expiry, which in this example indicates to be $140.

When represented as a bar chart, the curve represents an inverted bell curve. The price level can be established which will be the least point of pain for the option sellers or the maximum option pain for the holders of the options contracts.

Having established the fact that the max pain theory can now point to the potential price at which the market will most likely expire, the next question is how to put this information to use.

How does max pain factor into day trading?

Generally, after identifying the max pain, traders make use of the price level to write their options. For example, writing a call option above or a put option below the max pain level is one way to look at it.

When applying the theory of max option pain, the general consensus is that the option writers will drive the price of the shares up or down to the price level of the max pain option.

Thus, for day traders there is a possibility that prices will rise or decline to the max option pain price level. This can occur especially during the days when the options are expiring. In the examples used in this article, the options contracts selected was for expiry at 140, for the expiry date of April 21st.

Should Day Traders Care About the Dow Theory?

Dow Theory is one of the most basic concepts of analyzing the markets from a technical perspective. If one were to take any of the certified courses or exams as a technical analyst, a major portion...

Why Jack Dorsey Wants Web 5.0 While Web 3.0 hasn't even arrived yet, some visionaries are already dreaming about Web 5.0. Jack Dorsey, the former CEO of Twitter, announced a new platform that would...